Jump in and get muddy. Give back and get set. Scouts ignore the butterflies and go for it, and soon so will you.

Being a scout is all about discovering the world on your own terms and making the most of what you have, wherever and whoever you are.

Alongside your new friends, you’ll master the skills that will help you weather the storms of life, and try things you’d never get the chance to do at home or at school - working with trained volunteers to achieve whatever you set your mind to.

Scouts start small but think big. They stand up for what they believe in and make a difference on their doorstops, confident in the knowledge that their daily actions add up.

In a society that can often feel increasingly isolated and inward facing, Scouts build bridges and break barriers.

Throughout history, they’ve played all sorts of useful roles in society, and this legacy continues today.

Listening in, lending a hand

Scouts seek out the answers to the big questions, and to the smaller questions that don’t seem to matter but really should. Most importantly, they say yes more often than they say no - whether they’re taking part in their first ever camp away from home, or writing their first line of code, or accepting the last of the toasted marshmallows.

Sound like fun? That’s because it is. All that’s missing is you.

The scout troop is where it happens...

Each scout troop is made up of young people aged 10½  to 14, led by trained adult volunteers who are on hand to share their skills and keep everyone safe. Traditionally, scout leaders were nicknamed ‘Skip’ – an abbreviation of ‘Skipper’, which is a name given to a ship’s captain. In some troops this name is still used, but these days it’s more common for scout leaders to just use their real names.

Within their troop, scouts are part of a patrol - smaller groups of scouts who look out for one another, and help each other grow. Scouts usually gather in their patrols at the beginning and end of meetings. They might also stick together on expeditions or trips away, or during certain activities.

Scouts are members of the global scout family. Closer to home, they’re also part of a wider local scout group, alongside beavers (aged 6 to 8) and cubs (aged 8 to 10½). When they're older, they can join explorers (for 14 to 18 year olds) and - eventually - scout network (for our young adult members aged 18 to 25).

Joining In Awards
The Joining In Award recognises a young person's commitment to Scouting and are usually given on each anniversary of Members joining the Movement. Two Joining In Awards can be received by Beaver Scouts and when they move up to Cub Scouts they wear the highest one they attained in Beavers. The badges take the form of a small coloured star with a number showing the amount of years they have been in Scouting.

Scout Membership Award
The Membership Award is only actually received by young people new to Scouting, whereas those Scouts who have joined from a Cub Scout Pack will undertake the Moving-On Award. However, the Awards cover the same basic principles, and many Troops will have all new Scouts participate in the Membership Award, regardless of how they came to join the Section.

Challenge awards
There are ten Challenge awards, covering the six Programme Zones or key areas of the Scout programme. The Zones are: Outdoor and Adventure, Beliefs and Attitudes, Community, Fitness, Creative and Global. Each Challenge involves undertaking several tasks or taking part in activities related to a particular Programme Zone.

Activity badges
Activity badges are awarded for demonstrating skill or achievement in a particular subject which may be an existing hobby or a new area of knowledge. There are currently 73 different badges available. 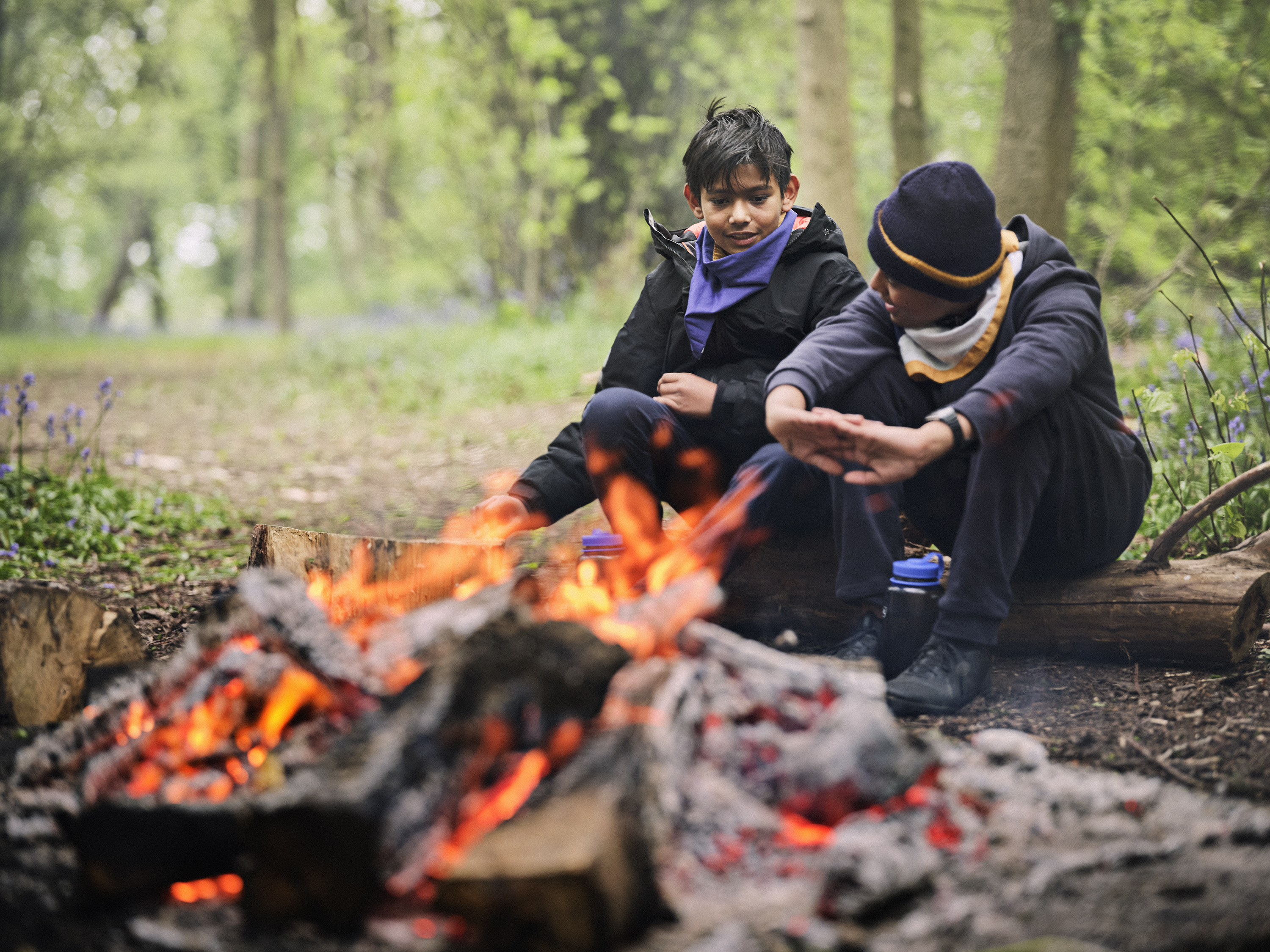